A little known fact about Patches. He's nuts. When mama takes me out to go potty *alone* he loses his marbles and nothing in the house is safe from his craziness. This time he took his frustration out on the CD tower. 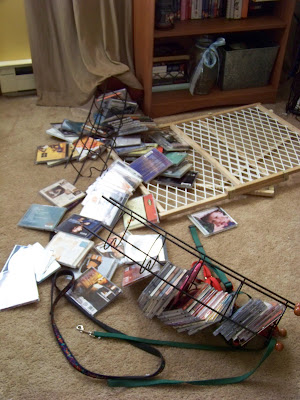 Mama should know better than to keep such an item by the backdoor - especially since this is not the first time this has happened. She should also join the rest of the universe and just invest in an iPod since CD's are sooooooooooo 1990. (BTW - don't look to closely at her teeny-bopper taste in music. How many CD's does Britney Spears and N*Sync have anyway?! Good doG!)

Luckily, he took his jail term like a real man. No appeals to delay the process. He was awarded time for good behavior - but don't worry...I roughed him up when he was released. 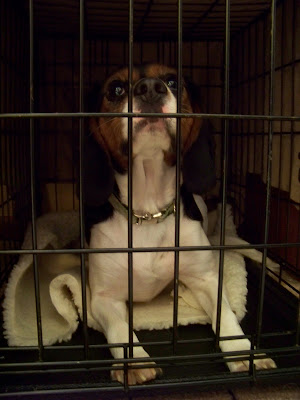 Maybe this time he learned his lesson.
Posted by Sparky at 6:03 PM 21 comments:

The best part about this place is the sun spots that appear in the afternoon. They are the best! Being a black dog, I especially love the warmth that blankets my entire dogness. 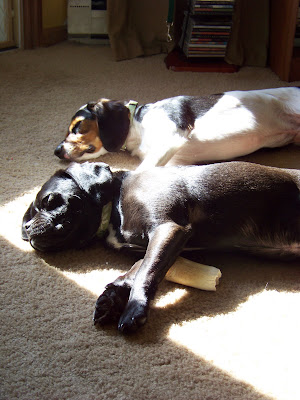 Often times you will find Patches right next to me... 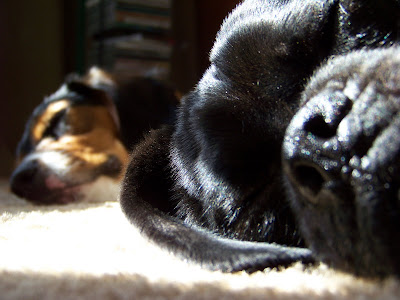 ...and sometimes, he moves himself on top of me. 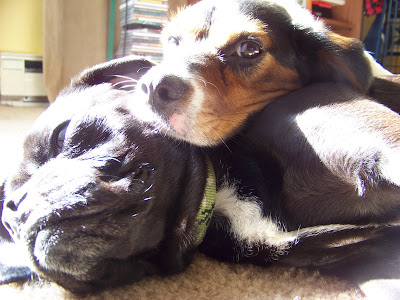 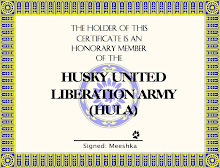